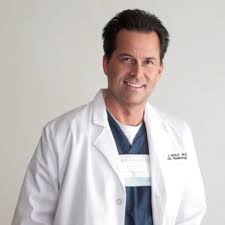 A Kansas physician, Dr. Milton Wolf, has come under fire for posting “grisly images” on FB, images of patients he has served as a radiologist over the years—those of gunshot fatalities and medical injuries. The headlines draw us in at the very hint that a physician, America’s closest thing to royalty, may be guilty of impropriety or even poor judgment. Society likes to place physicians on a pedestal and too easily forgets that these folks are people first, physicians second. They are just as prone to making mistakes as the rest of us, except society seems held in delight and awe of their fall from grace, compared to regular folks.

Society puts physicians on a pedestal

What those who do not work in health care fail to understand is that we need dark humor, behind closed doors, in order to cope with the burden of what we see and hear every day—human beings doing stupid things and then reacting with even greater stupidity. Worse, when stupidity is revealed, people don’t want to have any consequences from it or let the mistake be known.  Too often, the results are tragic and health care professionals use dark humor to cope, to survive. We wrap dark humor around us like a protective cloak, to keep the ugly off of us so we can live to treat others yet another day. 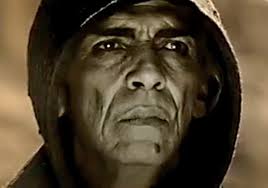 However, judicious care must be taken when making private images public, regardless of the intent. If Dr. Wolf simply posts an x-ray of a shotgun blast to the chest, with no identifying markers, then arguably the x-ray could be anyone who has ever suffered a shotgun blast to the chest. However, for argument’s sake, let’s say it is circa 1993 and a radiographic image of a severed penis is posted publicly to the internet. How many men suffered amputation of their penis that year? Any such image that might surface that year, even void of identifying markers, would be presumed to be that of John Wayne Bobbit—even if it was not. Could it be argued that patient John Wayne Bobbit’s rights have been violated, even if the image of the severed penis did not, in fact, belong to Mr. Bobbit, given the media frenzy that followed the event? In the end, Mr. Bobbit’s reattachment was successful, but if it had not been, would he have become so well known or go on to star in adult films?

Using another example, I once cared for a hemicorpectomy patient—yes, a patient who had been traumatically cleaved in half. If I were to post radiographic images of this, it might narrow down the possibilities to one of fifty people each year in the US. However, if any additional details of this case were shared, like which year this occurred in or what city, I would no doubt violate HIPAA laws and risk inciting perturbed family members to respond in litigious ways. HIPAA is an acronym for Health Insurance Portability and Accountability Act.  According to hhs.gov, the privacy component of the HIPAA law  states that the major goal of the Privacy Rule is to assure that individuals’ health information is properly protected while allowing the flow of health information needed to provide and promote high quality health care and to protect the public’s health and well-being.

My point of this post is that I am far from perfect, but I believe it is always best to behave in a way that will not necessitate an apology later. Dr. Wolf, U.S. Senate candidate, has publicly apologized for posting these images in question. At best, his actions were a lapse in judgment. At worst, they were a violation of the patients’ rights and possible courtroom fodder. As gaffes go for those who aspire to or are elected to public office, this is no blue dress or defining what “it” is, or inspiring second graders across the fruited plain to ask their parents what oral sex is.  But it also is something I would not have done under any circumstance. In a time of ever-increasing healthcare regulation, who really wants to thumb their nose at the HIPAA laws and risk being made an example of in the national spotlight?