Certain jokes are thrown around in med school to help ease those things that you cannot control–like failing an exam that you studied so hard for.  “C” = MD is one such saying, and “what do they call the person who graduates lowest in his MD class?  Answer:  Doctor!”  In 2003, 15 physicians met in a little room and decided my fate in medical school. I was suspicious that they were heavily influenced by the Dean of Student Affairs–a tiny-handed, effeminate man who governed through the Marquis du Sade playbook.  Sometimes tiny gloves just mean tiny hands, but he seemed to have something to prove and worse, seemed to delight in student attrition from the program. It is not accurate to say that I failed med school. I failed one class–medical biochemistry! I missed a passing grade by 5 questions on the final.  My younger MD brother with a photographic memory would later say “had I failed one more question on my biochem final, I would have failed also.” His words meant to soothe, to ease the heartache, but I still felt hollow in the center of my chest. Heck, I still feel hollow in the center of my chest when I think of that terrible day now. Ten years later, I have a new wife, 3 sons by her, am back to being a nurse, have finished a 4.0 masters in health administration and have a perfect start in my doctorate of health care leadership and organizational behavior.  I will lead a health care organization soon. I haven’t had a grade other than an “A” in ten years–but then, nor have I had to endure a standardized multiple choice test either. I write my way to academic perfection lately.

In 2006, we bought a lovely home–a 1916 one and a half story arts & crafts style bungalow–in the original Maytag town of Newton, Iowa. How could we have known that Whirlpool would buy the plant and then shut it down when union bosses failed to concede $5 per employee, per paycheck, for their own health insurance coverage. 1,800 jobs soon left a town of 16,000 people. Then the house of cards that was Fannie Mae and Freddie Mac collapsed, mere weeks after my wife and I bought our first ‘flip’ house. Our flip house was lovely when we were done and the Altoona, IA city council said that we single-handedly took the town’s most unsightly home and made it one of the most enviable. We spent $25,000 in 17 weeks and sold it for a loss of $7,400. At least we had our pride to hang our hats on–the house was gorgeous, sandstone vinyl siding with black and white trim.

before pic of Altoona house

In 2010, Sara and I began to think our Newton IA home had been built upon an ancient burial ground–my job was changing and not for the better and Sara was silently enduring yet another miscarriage. The Wisconsin grass seemed greener, so we packed up and moved that May. I wanted to rent in a nearby small town, but Sara insisted our kids should play with my brother’s kids on the farm. “Hey–didn’t Adam once have a mobile home parked on the farm? Wouldn’t the septic and utilities still be in place?” 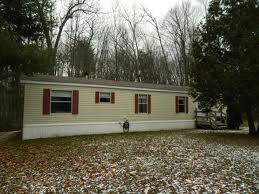 Although the impetus for the move was to escape the heartache of Newton, the prospect of a job put the move in motion. I quickly got a lesson in how poisonous some healthcare organizations could be. I was given an opportunity to bail and I did. Debt deepened. The ‘cabin’ as we not-so-affectionately referred to it was overrun by mice and even a floor-breaching “ugly cat” or o’possum. The fiberboard floor would become wet, sag, and then put life and limb in jeopardy until I fixed it. What a hateful chore that was! The pipes froze in the winter, often, and I actually set a mouse trap once and before I was out of the tiny bedroom–it snapped with a freshly-dead mouse in it! Meanwhile, it seemed that our professional indoor paint job in the Newton home did little to bait any prospective buyers. We let an associate pastor and his new wife stay there for $1 a month–just to have the utilities paid, the grass mowed, or the sidewalks shoveled. Then a land-contract buyer sought us out, a hard-luck story ensued, and we were hooked. Hey–at least I would not be hemorrhaging around $1500 per month any longer. 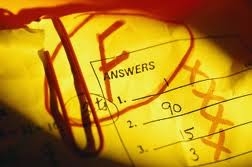 In 2004, still reeling from the sting of a failed run at med school, I started down the nurse practitioner tract through the University of South Alabama.  Although my first course, pathophysiology, was an “A,” my next term included a course in nursing theory.  While I love being a nurse and the life it has given me, I loathe nursing theory.  It is an entire ‘language’ thought up by nursing academia to justify their own existence.  The argument is that nursing theory promotes the professionalism of nursing. What hogwash! I am of the opinion that this nonsense denigrates the profession. I submitted my first work for the nursing theory course and was graded 3 out of the 15 possible points.  Wow.  Here I am in a sham course, then draw an instructor who thinks she is God’s gift to technical writing…she would not budge.  I lodged a formal complaint with the university and withdrew from the program. Note to self: be something more than lukewarm about a career path before starting in that direction again.

In the summer of 2010, Sara and I and two boys were living on Adam’s farm when it was as though a switch was flipped on.  I wanted to return to school, earn my masters, and ascend the health care hierarchy.  A career nurse, I feared my knees or my back would fail me and I had better have something else to fall back on.  I looked into A.T. Still University, home of the original doctor of osteopathy program–the same program my maternal great-grandfather Franklin VanNess De Vinney graduated from in 1917.  Great grandpa De Vinney was the first physician in our family, either on mom or dad’s side.  Although A.T. Still had been weakened by a stroke in 1914, I often wonder if my great-grandfather knew the founder of the American School of Osteopathy, as it was known then.

I started my masters in July of 2010 with one class called U.S. Healthcare Systems.  I realized the pace was fine and thought I would be able to handle more, so I doubled up the next term.  I spanked those two courses as handily as I had the first one.  At last, I was on the right track.  Two years and one month after starting, I stood on stage in Kirksville, MO with Upsilon Phi Delta honors after earning a 4.0 Master’s in Health Administration! My wife and sons where there to witness my achievement. I remember thinking that this is how a bride must feel on her wedding day, except I was prancing around campus sporting a mortar board with my gown.  Oh, the irony, this juxtaposed with the crash-and-burn at KU.  What a tragedy that I chose that wretched, unfriendly place to attempt an MD.

I have roughly completed my first year of three in the doctorate in health sciences program with an emphasis in leadership and organizational behavior.  When I am done, I will be primed to head a healthcare organization.  As an ATSU alum I drew a 20% tuition discount for my doctorate whereas the U. of Phoenix wanted to charge nearly $60,000 for the doctorate in health administration.  I will pay $26,000 for this degree and with my work subsidizing the degree, the net cost to me will be a paltry $14,000! I remember drawing all kinds of criticism when I was starting medical school about how costly the tuition would be.  Usually this was mentioned by folks who hadn’t bothered to go to college at all–a point that really had me scratching my head.  Had I stayed in Argyle, WI and recycled automobile parts for the remainder of my life at $8 per hour–how expensive would that ignorance have been? Imagine the income lost, had I stayed, and compare that to the career I have provided myself and my family. Ignorance may be bliss, but it is far more expensive than a good education! 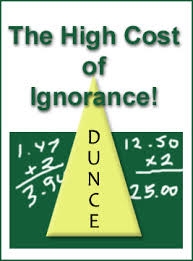